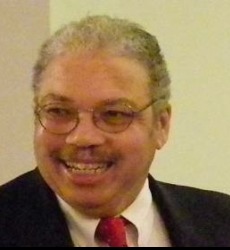 In 1957, Chester moved to Wichita, KS.  He attended Wichita State University on a Tennis scholarship where he completed both a Bachelor and Master's degree in Physics.  Chester earned his Doctoral degree at the University of Alberta, Canada in Geo Physics.  He served in the U.S. Army where he was commissioned as a Captain.

During his career at Bell Labs/AT &T, Chester was the head of the Advanced Products Division that culminated in the commercialization of the "Watson Speech Recognition Engine."  He was also Chief Operating Officer of Sound Advantage,  President of the Wichita Group, Senior Vice President of Technology Integration, and most recently the Director of Business Development for Translate Your World.

Chester believed in giving back to the community wherein he was a founding member of The Monmouth County Urban League and The Program for Acceleration in Computer Science Careers (PAC), a free program sponsored by the School of Science at Monmouth University and the Asbury Park-Neptune Chapter of Kappa Alpha Psi Fraternity, Inc.  He was a member of Kappa Alpha Psi Fraternity, Inc. and The Red Bank Men's Club.  He served on the Tinton Falls Board of Education and Borough Council.  Through his service to others, Chester received numerous honors, awards and recognitions.  He believed that serving others was the most significant way to change the world for the better.

Chester was a devoted member of Emmanuel Baptist Church.  He was a Deacon, teaching both Sunday School and Vacation Bible School.  Even when his health began to slow him down, he still found a way to faithfully continue in fulfilling his commitment to his church.  He also taught at the Deacons' Union Monmouth Bible Institute.

Chester was predeceased by his parents, Ruth and Chester Anderson, II.

He was a devoted Grandfather to Christopher Jr., Karina, Natalya, Valentino and Lillian.

Chester's favorite scripture was Proverbs 3:5,6.............Trust in the Lord with all thine heart and lean not unto thine own understanding.  In all ways acknowledge him and he shall direct thy paths.