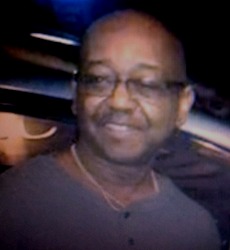 Cornelio Alberto Reaves Jr. 55, passed away on Sunday April 30, 2017 at Jersey Shore University Medical Center.  Cornelio was born in Limon Costa Rica on September 10th but didn't get registered until October 10th 1961.  He is the only person we know to have and celebrated two  birthdays.  Junior was the second born child but first son to his mother Marlin Daley and late father Cornelio Reaves Sr. who passed away in 2005.

He received his education in Costa Rica before coming to the United States.   He had three children Esteban, Sharlene and Shermin.  He also had his youngest daughter Ashani in the year 2001.  In 1984 he migrated to the United States to make a better life for himself and his children.  His goal was to work hard to have his children by his side.  About a year later he started working for Seals Eastern in Red Bank, NJ.  A couple of years later he climbed the ladder and became a supervisor.

He loved his job very much, Seals Eastern to him was his second family as he always said.  Every year he would make sure to gather up as much of his family as possible to join him at his company's yearly family day so that both of his families could partake together.

Junior was a cool laid back person who was all about family.  He was rarely seen upset or sad, he always had a smile on his face whenever you saw him.  As long as he had his music, his dominos and was around as much of his family as possible he was happy. He always had a passion for music and would play music for family and close friends whenever there were events.

He leaves behind to cherish his memories mother Marlin Daley, his four children Esteban Reaves, Sharlene Reaves, Shermin Reaves and Ashani Reaves; grandchildren Christopher, AnaJane, Nayeli and Esteban Jr.; siblings Hortencia Dean (Franklin), Karen Reaves, Aldo Williams-Smith, Solshire Williams-Smith (Bruce), Nikiah Smith-Lane (Ronnie), Kimberly Reaves (Edgardo), Linet Reaves, Yesuan Reaves (Claudia) and Carlos Smith; a host of nieces,  nephews, great nieces, great nephews; his Aunt Joyce whom he was very close with and was always there for her; his stepmother Sherley Smith Martinez whom he was also close with.  These two ladies he looked up to as second mothers.  He also leaves behind many cousins, family, friends and his Seals Eastern family.  He will be greatly missed by all because of his caring nature, love and compassion and willingness to always lookout for others.

We hope you enjoy your Vacation at 255 Pocono Rd.