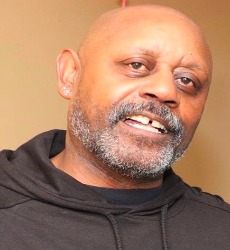 "The man.  The myth. The legend.  Men wanted to be him and women wanted to be with him.  He liked Bacardi, beautiful women, Budweisers, spending time with his babies, and helping anyone in need.  Not necessarily in that order.  He hated NOTHING!!!  We asked around and came up with absolutely nothing."

Donnie Earl Andrews Sr., was born in Pactolus, North Carolina.  In 1957 at the age of 5, he moved to Middletown, New Jersey.  He was predeceased by his parents Henry Latham Andrews and Julie Lee Andrews and his sister Mammie Jo Andrews.  Donnie ascended into eternal peace on April 4, 2018. He was the EPITOME of Greatness!  He was a great son, brother, father, grandfather, great grandfather and friend.