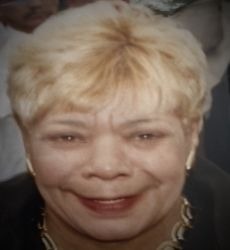 Many, many years ago during the depression a baby girl was born to Anna and Junius E. Bass Sr.  This child was Ellen M. Bass.  She was born in Long Branch, NJ.  She found eternal rest on May 14, 2018.

Ellen was educated in the Long Branch School system and graduated from Long Branch High in June 1951.  After graduation she worked at the SteamLaundry until Ft. Monmouth called her in September 1951.  She worked as a clerk typist working in In-Processing for Enlisted Personnel at Ft. Monmouth.  She was later promoted to supervisor of Payroll.  After many years in that position she later transferred to Enlisted Personnel records as a team supervisor where she worked until she resigned in 1971 to stay home and raise her only child.

In March 1954 she married John T. Barrows, a native of Rhode Island.  He was stricken with MS and after a few years of being bedridden, he succumbed to the disease.  After his death Ellen met and married (on April 5, 1969) DAVID G. BROWN (a gift from God who answers prayers) her husband of 49 years.  From this union a son David G. Brown II who was born May 8, 1970 (another gift from God who answers prayers).

As a young girl Ellen attended church with her Grandmother (G-Mom).  At a late age she was baptized by the Late Rev. C.P. Williams.  In 1979 she started serving as Rev. Williams' secretary, church clerk since 1983 and Financial Secretary for a number of years.  After the death of Rev. Williams she served under the Rev. Aaron N. Gibson Sr. (her boss, friend and Pastor) whom she loved dearly.  She was a member of SBC for over 45 years.

Some of her volunteer work included Secretary/Treasurer of the Lenna Conrow PTO, Secretary/Treasurer State Auxiliary (Letter Carriers), Worthy Recorder of Accounts for Harmony Court#14 OOC for 25 years, past Treasurer Kitchen Circle, a member of the Floral Ministry, a member of the Mass Choir, and Celestrial Choir (all of SBC) and had served on the Christian Education Ministry as Secretary.  Also a member of Community Action Board and the MLK Guild and a trustee on the New Hope Tutoring Program.

Ellen was predeceased by her first husband John T. Barrows in 1968 and her parents Junius E. Bass Sr. and Anna (Pitts) Bass.

Cherished ones left to celebrate the years spent together, a devoted and most loved husband, David G. Brown (the love of her life), a son David G. Brown II (her pride and joy); three precious granddaughters Tamyca Goff (genius who will turn her signature into an autograph) Aaliyah Chanel Brown (Sweet Pea) and Mya Rose Brown (Sweet Potato); her most loved and kind daughter-in-law Tasha Y. Brown; two sisters-in-law Bernice Bass and Rosetta Bass, many nephews, nieces, grandnieces, grandnephews, cousins, friends, family and all adopted sons (they know who they are).