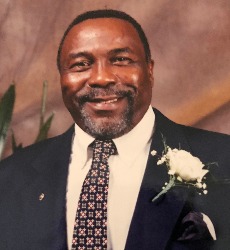 Erskine Carter affectionately known as Dickie was born in Hartwell Georgia to Henry Carter Sr. and Cora Carter.  He transitioned peacefully on Wednesday February 28, 2018 at home in Long Branch, NJ.

Erskine graduated from Hart County Training School in Hartwell, GA in 1963 and relocated to Long Branch, NJ shortly thereafter.  He was drafted into the United States Army where he served 2 years and was honorably discharged.  He then began a dedicated 30 plus year career with NJ Natural Gas Co. in Wall, NJ retiring in 2006.