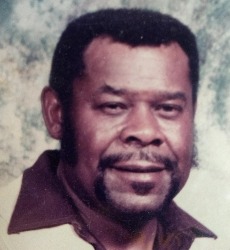 He was born in the historic Community of Royal, 5 miles west of Wildwood, Florida, Sumter County.  Royal, formed in 1865 by freedmen from the Old Green Plantation, is renowned for its '40 Acres & A Mule' ties to the Civil War where the citizens kept their land.

James Sr. attended Royal Elementary School and JRE Lee High School and completed the 11th grade.  He worked  tirelessly on his grandparents Granville and Estella Lewis' 40 Acres farm and he learned his greatest skill of car mechanics from his Dad.  He left before completing 12th grade for better employment in New Jersey.  He met his wife, Rosalyn Lewis (deceased), in Asbury Park, NJ and joined in matrimony.

In 1956, he was drafted in the Army during the Vietnam War and was stationed in Maine.  His union with Rosalyn produced four children James Arthur Lewis Jr. (deceased), Michael Anthony Lewis, Robert James Lewis and Rosanna Marie Lewis.  He and Rosalyn shared 60 years together.

After an honorable discharge, James Sr. returned to Royal but moved to Clearwater, FL to work in the construction industry.  After which, he moved his family back to New Jersey and began working with Ford Motor Company.  After a downsizing at Ford, he was employed with SS White Bur Company, his last employer.

He was an avid bowler; winning many amateur tournaments and he also loved to fish.  Most of all, James Sr. confessed Jesus Christ as his Savior and witnessed to others about the goodness of Jesus.

God Called Your Name So Softly

God called your name so softly
That only you could hear
And no-one heard the footsteps
Of angels drawing near.
It broke our hearts to lose you
But you did not go alone
For part of us went with you
The day God called you home.