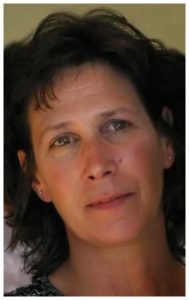 Joan Marie Ladue Vercruse of Cold Spring, New York lost her courageous battle with lung cancer on July 6, 2016 at Memorial Sloan Kettering Cancer Center in New York City with her loving family at her side. She was 59 years old.

Joan was born in Plattsburgh, New York on November 16, 1956 to Joseph Francis Ladue and Anita Poissant Ladue. In 1964, she and her family moved from Chazy, New York to Highland, New York.A 1975 graduate of Highland High School, she went on to attend Ulster Community College where she earned her Associates Degree.On August 4, 1984, she married Robert Vercruseat Our Lady of Loretto Church in Cold Spring, New York. She and her husband Robert resided in Cold Spring for their 32 years of marriage.

She also leaves behind many nieces and nephews to not only cherish her memory, but also to carry on her legacy of kindness and generosity to others for generations to come: Johanna Goth Finegan and her husband Timothy and their daughters Rachel and Hannah; Karen Goth Cabarrus and her husband Brian and their daughter Aubree; Danielle Ladue Platt and her husband Kevin and her daughter Olivia; Christopher Ladue; Kevin Judge and his wife Kelley and their son Aaron; Sarah Judge Delfiniand her husband Tony and their twin sons Connor and Ethan; Megan Doyle; Douglas Doyle; Jeffrey Paine; Robin Paine; Michael Ladue; Nicholas Banney; Caitlin Banney; Thomas Banney and Samantha Banney.

Her loving friend Kevin Reisman, was a huge part of her life. She and Bob truly thought of Kevin as the child they never had, and she would have been unable to fight this battle without him by her side. He has been and will continue to be caretaker of her two beloved dogs, Luke and Molly.

Joan had boundless energy and always kept busy. Many may remember her from her bartending days at Easy Street in Hyde Park and La Fonda del Sol in Wappingers, where she met her husband.  She and Bob enjoyed boating and were avid skiers. For years she worked with her husband Bob in the film industry and then she put to good use all the woodworking and home maintenance skills she’d learned from her father.  She and her husband ran their own home repair and house painting business until she was overcome by her disease. She also enjoyed gardening at their mountainside home. An accomplished musician, her love of music carried her through some of the most difficult times of her illness and brought her great comfort as she passed.

As Joan received her chemotherapy, she felt very cold. In her usual style, she solved her problem by making herself a fleece hat and a warm blanket. Always thinking of others’ needs, Joan then used her exceptional sewing abilities to make throws and animal hats for the numerous children and adults that were also receiving treatments at Columbia Presbyterian Hospital. Contributions of money and materials were instrumental in making this project happen. A heartfelt“thank you” goes to her friends, and especially Bob’s co-workers.

For many years, Joan volunteered at her local animal shelter.  She spent countless days and nights there caring for the dogs and cats, fostering many of them in her home, nursing them back to health, and making sure they were placed with loving families.

Joan did not want her pain, suffering and death to have been in vain. Her final request to all, but especially her friends and family is:If you don’t smoke, please do not start. If you do smoke, please quit now.

Services and burial will be private in the “North Country” near Lake Champlain in accordance with her final wishes.Memorial donations may be made to either the American Cancer Society or the animal shelter of your choice.