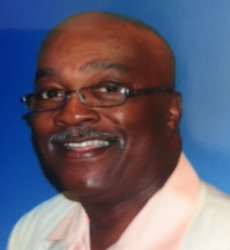 Lawrence "Larry" Edward Dizard, 72, passed away Friday July 20, 2018 at home in Asbury Park, NJ.  Larry was born in Neptune, NJ on January 25, 1946 and was a lifelong resident of Asbury Park, NJ.  He was known for having a welcoming personality and his infectious smile could light up any room.  Larry could often be found sitting on his porch, greeting everyone who drove and walked by.  He had a heart of gold and was kind enough to employ less-fortunate passersby to run errands and perform small jobs, in order to give them a sense of dignity during their hard times.

Larry joined the United States Army and was promoted to Sergeant within three years.  When Larry was 25 years old, he joined the Neptune Police Department as a Police Officer.  Throughout his 35 years on the police force, Larry became well-known in the community as a no-nonsense officer who would not hesitate to step into dangerous situations to protect the citizens of Neptune.  Over the years, he has lectured countless teens about getting their acts together and keeping their noses clean.  For many, he was the only male role model in their lives, and his words were taken to heart.  Larry was highly respected and retired as a sergeant in 2008.

Larry loved his family and always bragged about his children and grandchildren to anyone who would listen.  He also loved animals and would intently watch National Geographic documentaries.  He owned several German Shepherds over the years and had a soft spot for strays.  Larry enjoyed sports.  He was an impressive golfer and bowler for many years and also loved to watch football and basketball.  He was a loyal Indianapolis Colts fan.