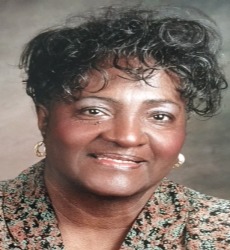 Mary Lee Gilmore was born in Jersey City, NJ to Rev. James and Mrs. Mattie Cobert Dublin.  Her father was Pastor of Central Baptist Church.  She attended public schools in Jersey City.  Mary Lee married her high school sweetheart Edward Gilmore.  After several military assignments abroad and nationally, he was assigned to Fort Monmouth and the family settled in Long Branch, NJ in the spring of 1967.  They had four children Edward, Venetia, Steven and Michael.  She was very proud of the educational and career accomplishments of her children.  Edward graduated from the US Naval Academy.  Venetia has advanced degrees in the Mental Health field.  Steven is retired from the US Navy and currently works for the Royal Canadian Mounted Police in Canada.  Michael is employed in the Alternative Program in the Long Branch School System.

After her divorce, Mary Lee settled in and became actively involved in the community.  She was elected to the Long Branch School Board, and was an active member of the Desegregation Committee.  Governor Whitman appointed her to the Long Branch Housing Authority.  She served for 15 years as the State Representative.  Her mentors, the late Thomas and Maxine Daniels, tutored her through turbulent years where she learned to hold her own and support issues, and pledged her involvement in community activities.  Realizing the impact of education, Mary Lee embarked upon a 20-year, part time journey to pursue her educational goals.  In 2001, Mary Lee graduated from Monmouth University with a BA Degree in History.

Mary Lee's activities included membership in various organizations.  She was appointed for two terms to the Martin Luther King Commemorative Committee, State of New Jersey; the Monmouth County Advisory on the Status of Women; elected State Secretary of the NAACP; appointed to the Monmouth County Human Relations Commission; and a member of the Human and Civil Rights Association of New Jersey.  Mary Lee was involved in many organizations and supportive groups.  However, her most satisfactory position was being involved in church.  She was a member of St. Paul Baptist Church, Red Bank, New Jersey.  Mary Lee served in the following capacities at St. Paul Baptist Church: church clerk, chair of the building fund committee, chair of the church anniversary, and member of the usher board.

Mary Lee was the former president of the North Shore Area Section of the National Council of Negro Women Inc.  She was employed by the County of Monmouth as the Monmouth County Fair Housing Officer where she was responsible for providing first time home buyers seminars, workshops, counseling, technical assistance to realtors and lending institutions, and assistance with filing discrimination complaints.  She also spoke and lead the structure for annual poster contest for local middle school art students about the importance of fair housing for all.  Mary Lee enjoyed traveling, reading history books and biographical books on her Kindle Fire, and "occasionally" visiting various casinos for relaxation.