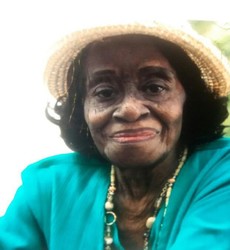 Selma Leak went home to be with the Lord on October 20, 2018.  Selma was born April 17, 1934 in Long Branch, NJ to the late Leithia and David Bonds.  She was raised by her foster parents, Deacon Mack Jones and Mother Malinda Jones in Cliffwood, NJ where she attended Cliffwood Elementary School and graduated from Matawan Regional High School.

She accepted Christ at an early age and served as an usher and choir member at Union Baptist Church in Asbury Park, NJ.  Later she became a member of New Light Baptist Church in Cliffwood, NJ after she was united in marriage to her loving, predeceased husband, the great Deacon David Leak Sr.  They raised their children in Keyport, NJ.

She worked as a Nurse's aide at Brookdale Healthcare Center in Hazlet, NJ and then an aide at Fisher's Boarding Home in Keyport, NJ where she retired in 1992.

Over many years she resided in Asbury Park, NJ where she spent the remainder of her years enjoying her life with a host of Bingo friends.  Family and friends were Selma's passion and delight.  Her long life, is a testimony to her repeated spoken words, "God will always take care of me!"

"She will be greatly missed and lovingly remembered"