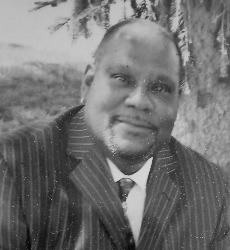 Terry Rawls Jr. was born on December 19, 1952, in Long Branch, NJ to the late Terry Sr. and Pauline Rawls.  Terry grew up in Grant Court and was among the first generation of children to be reared in one of three public housing developments in the Liberty Street corridor.  As a child, he attended Sunday School at McLaughlin Pentecostal Faith Church under the watchful eye of his maternal grandmother, Susie Newson, Sister Sarah Morris, and other elders of the church.  He spoke frequently of being fortunate enough to grow up in Long Branch during a time when there was a strong sense of community, family and wholesome fun.

Terry attended Long Branch public schools and during his junior and senior years at Long Branch High School, he played football and was a member of the wrestling team.  Terry was named to All-County and All-Shore Football teams during his final year in high school.

Shortly following graduation in 1972, he served in the U.S. Army from which he was honorably discharged.  Terry worked in a variety of settings throughout his adult life including the Long Branch Housing Authority, Fort Monmouth and Classic Cadillac of Atlanta, during the years he lived in Atlanta, GA.  He also was a Baker for Publix and Walmart.

As the only son of six born from the union of Terry Sr. and Pauline, Terry forged a relationship with his first cousin and mentor, Randy Phillips, at an early age.  That relationship continued into their adult lives. They were kindred spirits.

As a family man, Terry was married to the former Sharon Henderson and was blessed with one son, Terry "Sport" Henderson-Rawls.  All who knew Terry fondly remember him as a loving husband and great father, brother, cousin, uncle and friend.  He was friendly, loved to laugh and enjoyed food immensely.  He had a big heart, always willing to lend support to family and friends when needed.  His favorite past times were watching sports and hanging out with his cousin Randy, having a hearty meal with his sisters and other family and friends, and tending to his many plants and aquarium.

He was an active member of Pilgrim Baptist Church, Red Bank, NJ and served as a sponsor for many years with Narcotics Anonymous (NA).

Terry Rawls Jr., departed this life on August 21, 2017 at Monmouth Medical Center.  He was predeceased by his parents, Terry Sr. and Pauline Rawls; two sisters, Betty Corbett and Lisa Rawls; and his maternal grandmother Susie Newson.