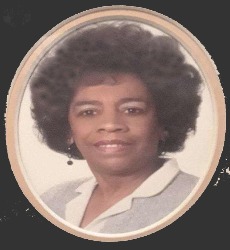 Vivian "Vicky" Henderson, 94, was born on June 12, 1923 in Long Branch, NJ, to the late Theodore Taylor and Bertha Steptoe.  Vivian attended Whitesville Elementary School in Neptune, New Jersey, belonging to the Reindeers Rest group and later graduating from Neptune High School.  In her younger years, she tap danced at different venues throughout New York and New Jersey.  Vivian was employed at Wells "Famous Harlem Restaurant" with her Mother Bertha and the Lundy Brothers for some years.  Later after the Lundy brother's opened there own restaurant, Vivian followed.  While in Harlem, Vivian became a professional bartender at several nightclubs and she also started modeling hair designs for Bill Simmons and Landeros, who were very well-known during their heyday.  In addition, she worked at several establishments in Long Branch owned by Prince Chapman, Harold Dickerson and Johnny Henson Sr.

Upon Moving to Chester Author Senior development, where she served as President of the Senior Tenant Association, she arranged many activities for the tenants.  She was employed by the Long Branch Housing Authority in its Kennedy Towers Market before retiring to Atlanta, Georgia.  Vivian received numerous awards from the U.S. Department of Housing and Urban Development, as well as the Long Branch Housing Authority.  She was a dedicated New Jersey Elections poll worker and took part in every election, including the historical election of our first African-American president, Barack H. Obama.  Vivian was a stylish lady always dressed to impress from head to toe.  On any given Saturday, you could find her hopping the bus to Monmouth Mall to peruse the latest fashions.

Vivian was a dedicated member for years at the St. Stephen AME Zion Church in Asbury Park.  In 1996, under the pastoral leadership of Aaron N. Gibson, Sr., she changed denominations and became an active member of  Second Baptist Church of Long Branch.  She was very faithful to her church, her ministry and her Pastor.  Wherever her Pastor went, she was sure to follow.  Vivian was a Senior Missionary until relocating to Atlanta.  Once in Georgia, she attended the Roswell GA Senior Center where she won numerous prizes for Bingo and did arts and crafts for enjoyment.