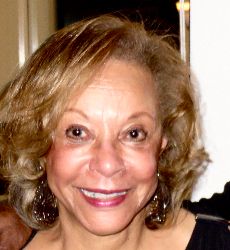 In 1958 Yvonne married Wilbert Russell. Out of their union of 23 years, they had 3 children (Steven, and twins Todd and Tanya). In 2007 she married her husband of 15 years, Robert Mann and they lived in Ocean Township, NJ. She then became a close stepmother to Jordan and Cheryl Mann.

In 1962, Yvonne began her career with the Federal Government at Fort Monmouth as a Computer Programmer and advanced through her computer career to retire after 35 years as a Systems Analyst.

Yvonne was a dedicated community servant. Over the years she served her community in many organizations including The National Association of Negro Business and Professional Women’s Club, The MLK Guild of Long Branch, the Ocean Chapter of The National Drifters Inc. and The Links Inc. She also served for many years as a Commissioner for the Long Branch Housing Authority.

Yvonne loved the Lord. She was a dedicated lifelong member and volunteered at St. James Episcopal Church in Long Branch, NJ.

Yvonne was predeceased by her parents Lolita and John Jackson, her son Steven Russell and former husband Wilbert Russell.