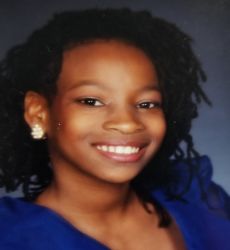 Donette Constance Morrison was born June 16, 1986 in Brooklyn, NY, the third child of Paul J. Morrison and first child of her mother, Leslie Long.  At the age of three, Donette resided with her Aunt Queenie T. Morrison and her then, husband, Paul A. Pitts and their two children Kasimu and Adama.  There she resided for 14 years.

At the age of five, it was evident that Donette was adventurous, loved dancing, singing and was a lover of life.  It didn't take much to put a smile on her face.  As she grew Donette proved to be strong willed, a true social butterfly, accepting of all she encountered and genuinely loved others no matter what.  Donette, excelled academically as she was an avid reader performing on college levels in middle school.

In 2002, at the early age of 15, Donette was diagnosed with Lupus.  It was then she faced death for the first time.  This early onset of Lupus caused Donette to undergo life altering treatments that caused her to lose her eye sight, her hair and gain weight which led to her withdrawing from the tradition school setting.  Despite her given prognosis, The Lord showed himself faithful.  Donette proved to be resilient despite her many obstacles and challenges.  She never showed to be resentful for all that life dealt her.

Donette returned to Long Branch being in the care of Debbie Kelly who patiently cared for her.  Her Aunt, Daliah Spencer RN FNP became the medical expert who watched over Donette during her medical challenges and flare-ups.  She graduated from Long Branch High School.  Donette made many friends along her journey.  In 2013, Donette met Michael McAlary who loved her unconditionally and selflessly cared for her until passing.

A repast will follow the funeral services at the following: