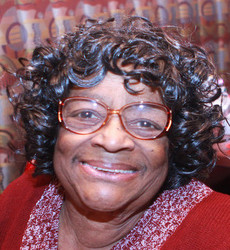 Dorothea "Dottie" Dizard, 96, passed away in the early morning hours on Wednesday, May 15, 2019 at Jersey Shore University Medical Center in Neptune, NJ.  Dorothea was born on February 13, 1923 in Asbury Park and was a lifelong resident of Asbury Park, NJ.  She was a member of the Mt. Olivet Seventh-Day Adventist Church in Asbury Park and then Neptune for over 50 years.  She was known for having a welcoming personality and her infectious smile could light up any room.  Dorothea could often be found sitting in the lobby of the nursing home where she resided, greeting everyone who entered with a smile.  She was loving and kind but anyone would tell you she didn't take no mess but she also was not a grudge holder.  She said what she meant and meant what she said and that was that.

Dorothea worked as a domestic engineer throughout her lifetime but her most important job and the one she was most proud of was being a great mother and raising her children and taking care of her grandchildren.  She was well known in the community and was affectionately known as Ms. Dot to most.  Dorothea loved her family and always bragged about her children and grandchildren to anyone who would listen.  When her son Larry was on the police force in Neptune, she diligently listened to the scanner to hear what he was doing and to make sure he was okay.  She shared that same concern regarding all of her children and grandchildren.