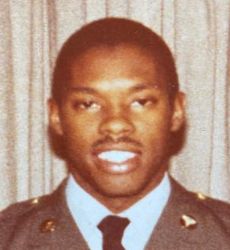 Ernest Branch Jr., 60 went to be with the Lord on Wednesday August 4, 2021 at Monmouth Medical Center.  Ernest was born in Jacksonville, North Carolina on November 3, 1960 to Ernest Branch Sr. and Joan Adams Branch.

He attended Long Branch High School where he ran track and graduated in 1978; there he met his high school sweetheart Linda Adams. They were married in 1983 and were together for forty three years.  He had three sons and seven grandchildren with one on the way.  Ernest joined the U.S. Army in 1982 and served for thirteen years, stationed in Alaska and Germany, where he earned his nursing degree.  Ernest returned to New Jersey and worked for West Wood Hall and Monmouth Care Center.  He loved nature, watching the ocean, stars and the moon, it gave him peace.  He loved to write stories, paint and was well known for long conversations, he especially loved the Lord.

Ernest was a loving husband, father, grandfather, son, brother, brother-in-law, uncle, cousin and friend.  He was the oldest of nine children.

Ernest is predeceased by Jason Fair.