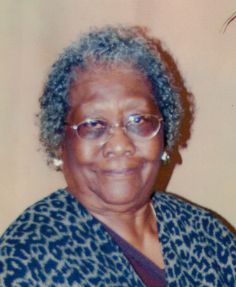 Ethel Mae (Simmons) Melton was born May 11, 1928, in Putnam County Georgia to the late Frank and Sarah (Smith) Simmons.

Ethel attended school in Fulton County Atlanta, Georgia.  After graduating from high school, she became a certified teacher in Putnam County, Georgia.  She performed this duty from 1945 to 1947.  In 1947 she moved from Georgia to Newark, NJ seeking employment opportunities that would better allow her to provide for herself and her father who still lived in Georgia.  In the same year, she met and married her husband Lawyer Johnson, who was also from Georgia.  To this union, they were blessed with a daughter, Linda.

In 1982, Mother Ethel Melton and husband Leroy Melton moved from Newark, NJ to Cliffwood, NJ and became members of Mt. Moriah Missionary Baptist Church.  She served as Mother of the church, a Deaconess, a member of the Missionary Board, attended Sunday school every Sunday and Wednesday night Bible study.  She was very faithful and devoted to the church and felt it necessary to work together for the advancement of the church.