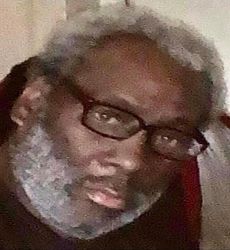 Everett Ronald Johnson was born on May 29, 1957 in Neptune, NJ to the late Rose Marie Johnson and George Oxford Davis. He departed this life on January 31, 2022 at Jersey Shore University Medical Center, after a lengthy illness.

Everett was a lifetime resident of Asbury Park, NJ. He was educated in the Asbury Park School System and later worked at Fort Monmouth in the communications department; under the Board of Education JPTA Program.

He played varsity basketball for St. Peter Claver Catholic Church as a three-point guard. He volunteered for 3 years at Mt. Carmel Catholic Church on Asbury Avenue in Asbury Park, NJ to help with tuition cost; so that the “apple of his eye” his daughter Shadasia Rose could attend private school. He walked her to school every day until she transferred to another private academy.

Like father like son; Everon Brown could be seen on the cover of various newspapers, highlighting a title of champion Chess Player. Evron is a known Chef that graduated from culinary school.

Everett loved all genres of music and quite often over emphasized the song when singing. Everett’s favorite song “Keep Your Head To The Sky” was played for him days before his passing and his last words; he said yes, to the LORD!!

Everett was preceded in death by his mother the late Minister Rose Marie Johnson, his father George Oxford Davis and his grandparents Rosa Lee and Wellington Johnson.