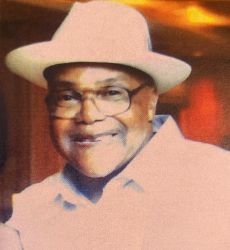 James George Shomo, 72 of Eatontown, NJ, affectionately known as (Bob-boo), was called to Eternal Rest on September 15th at Monmouth Medical Center after a courageous battle with cancer.  Born to the late William and Sadie Shomo, the second of four children, he attended school in Long Branch before moving to Newark, NJ in 1957 where he continued his education.  After graduating he joined the US Marine Corp and served a tour in Vietnam along side his brother.  After his tour, he returned to Newark where he was employed as a Long Shoreman in Port Newark.  Years later, he started driving trucks until his retirement after which he moved back to Long Branch then later settled in Eatontown, NJ.

He was predeceased by his parents, William and Sadie Shomo, his brothers William (Billy) Shomo, Robert (Feenie) Shomo, and his sister Dorothy Adams-Fowler.

Bob boo was a sample of what family should be.  He was strong on family and always willing to help his family and his friends.  He showed just how brave he was for he never ever gave up his fight as he professed his faith and love for God with everything he had left.