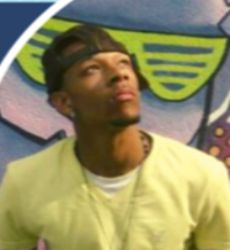 Kenny was an amazingly talented singer whose talent was recognized and cultivated in a host of programs in the Long Branch schools under the direction of his mentor, Mr. Ronald Bennett.  From those roots, Kenny rose through the ranks and was a featured performer at the World Famous Apollo Theater, he was featured on BET's 106 & Park and finally was hand selected by entertainment and fashion mogul, Sean "Diddy" Combs' as a contestant on a season of MTV's Making The Band.