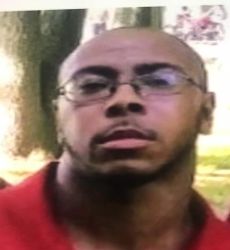 Leon J. Johnson, 41 of Eatontown, NJ passed away peacefully on Saturday, September 17, 2022, at Bayshore Medical Center.  “Lee” as he was affectionately known to family and friends was born on February 1, 1981, in Long Branch, NJ.

The son of Felicia N. Brock and Leon J. Mills was a lifelong resident of Eatontown, NJ. Leon received his education and graduated from the Eatontown public school system.  Leon was an electrician by trade and was also a skilled carpenter, mechanic and a great cook.  He was especially known for his grilling; Leon could burn on the grill.  He also had a love for music, he was always playing, singing, humming or bopping to it whenever you seen him.

Leon will be greatly missed by all.  He always enjoyed the good times spent with family and friends.  He was known and loved by many and will never be forgotten.  Leon was a very caring and giving person.  He had a big heart. There was nothing he wouldn’t do for you.  He went out of his way to help everyone he could.  If he told you he was going to do something for you he made sure he was there to do it.  He always put others before himself.  He would give you the shirt off his back.  He was someone you could count on.  Leon was loved and cherished by all.   Words cannot express the depths of our sorrow at his departure, but we take comfort in knowing that he is no longer suffering, and we will see him again soon.