SERVICES - PRIVATE
All services for Minister Rogelio Best
will be private.
INTERMENT
Private 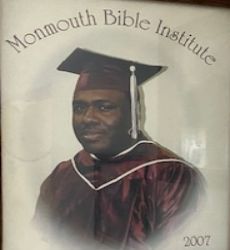 Rogelio Fernando Best was born in Colón, Panama on October 24, 1954 to Jamie Samuel Best and Ruby Best.  At the age of 16, he immigrated to the United States and resided with his family in Brooklyn, NY.  Rogelio was affectionately known to many as "Reggie."

In his lifetime, Reggie shared his many gifts and talents with us.  He was an artist, a skilled tailor and a magnificent craftsman.  He held a deep passion for music and spent a great deal of time engineering audio equipment and producing music.  He was endearingly known among friends and acquaintances as "Panama," with the big speakers.

Reggie was a beacon of light in his community and uplifted people by spreading messages of love and faith through music.  His favorite song was by Bob Marley "Could You Be Loved."  The song's message about a man persevering through personal struggles by reaffirming his faith, resonated with Reggie, who shared his spirituality with his loved ones.  Love and positivity exude from this song, just as they shone through Reggie.

Reggie graduated from South Shore High School and gained United States citizenship in 1982.  He fathered five daughters and helped to raise three stepsons.  Reggie moved to Lakewood, New Jersey, where he met and married Imogene Cross.  Conforming to the laws and wishes of God, Reggie attended Monmouth Bible School where he was commissioned as an ordained minister in 2007.

Reggie continued to spread messages of love until God called him home on March 31, 2020.  As a active clergy member, he performed several functions such as teaching the word of God, leading services and providing spiritual guidance to the community.  Reggie and his wife held weekly service in their home in Lakewood, and when he was not leading services he would cook bountiful feasts for all those who could attend.  Reggie embraced every moment to use the Bible and music to share his love of the Lord, and his community will always be grateful for his dedication to is Christian faith.

Reggie told his children and grandchildren they were "destined for greatness" and each of us will honor his memory by living up to that expectation.

*Due to the COVID-19 pandemic following nationwide social distancing all services are private.  We appreciate your understanding.*