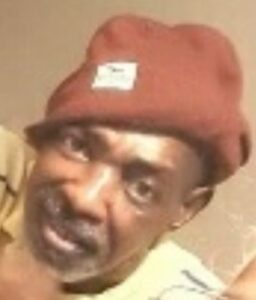 Today is a celebration of the life of Mr. Randy Kelley. Randy was born on October 11, 1959 in Carrollton, GA to the late Earnest (ET)  and Lena Mae Kelley. He passed away on September 14, 2022 in Long Branch, NJ.  Randy affectionately known as "Rock" or "Rocky" was a longtime resident of Long Branch & Asbury Park.

Rock graduated from Murphy Hill High School in Atlanta, GA.  He migrated from Atlanta to Elizabeth, NJ where he would become employed as a chef in New York.  Shortly thereafter he met Mr. Lavene (the owner of Windmill) then the two of them became great friends.  Rock later moved to Long Branch where he would begin working for Mr. Lavene cooking at the chain of Windmills to volunteering every Thanksgiving at shelters to feed the homeless.

Rock was a die hard falcon's fan and would do anything for the children.  You often could catch him riding 3 kids on a ten speed bike.  He also loved the water, whether it was swimming, fishing or jet skiing.  Rock was warm hearted, caring and always willing to help others.  He was loved by everyone he came across.  You could also find Rock with his favorite cocktail.  And everything said.  Rock will surely be missed!

Rock was blessed with a loving family. He was preceded in death by four siblings Stanley Kelley, Lisa M. Kelley, Curtis Kelley, and Leranette Kelley-Amanfo.