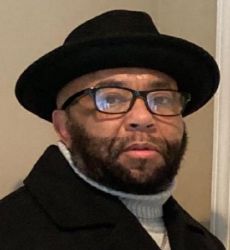 Richard "Muhamine" Davis was born in Long Branch, NJ on March 27, 1965 to Barbara Davis and Richard Davenport.  "Jake," as he was lovingly known by his family and close friends enjoyed spending time with his family (especially his children and grandson), going for long car rides, road trips and listening to music from some of his favorite groups including oldies from "The Delfonics" and "The Whispers."

Jake attended the Long Branch Public School system and later advanced to have a career in Pest Control and Landscaping which he did for many years with lots of enjoyment.