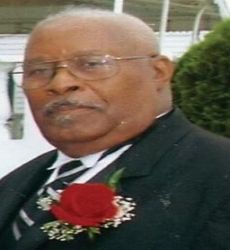 Robert Lenwood Alston 91, affectionately known as "Bob" of Neptune, NJ passed away peacefully at home on June 8, 2022, with his family by his side.  Born on November 28, 1930, to the late Randall and Dorothy Alston, he was the youngest of 9 children.

Robert was educated in the New York school system.  Vowing never to be hungry again, at 17 he joined the US Army.  Soon after he met and instantly fell in love with the love of his life Dorothy Manning.  They were married in Harlem, NY in 1955 and settled in Neptune, NJ.  Born to their union were 3 children Janet, Sonny and Kimberly.

During his military career Bob served in the Koren War and spent several years in Germany and many other countries.  After retiring from the military, he was employed by the State of New Jersey as a Chef and retired after 21 years.  His past time was watching wrestling and westerns but, his real passion was cooking.  At all the barbeques's and family gatherings he was the grill man.

He was the highlight at every family gathering, his jokes were unmatchable, and his sense of humor always kept everyone laughing.  Bob also enjoyed playing cards "poker" with his niece Margaret, he thoroughly enjoyed taking her mortgage money, boy would he light up.  In his later years he joined St. Thomas AME Zion Church and was a dedicated member as long as his health would allow.