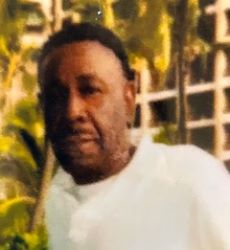 Samuel Mills Sr., 87 of Long Branch was born in Greer, South Carolina to Estelle (Ballenger) Mills and Garvin Mills Sr. on June 19, 1932.  From their union Thomas, Jason, JD, James and now Samuel have all made their transition.

Sam graduated from high school in Greer, South Carolina and shortly after served our country in the US Air Force and Army where he received a honorable discharge.  While in the service he was stationed at Fort Monmouth Army Base.  Samuel held various jobs after serving in the military.  He delivered lunches for the school, worked for Gorcey's Plumbing & Heating as well as Chandler maps and Tony's Pizza in Long Branch.

Samuel loved life and especially his friends at the VFW.  He was the proud father of Samuel Mills Jr. who played 12 seasons in the NFL.  Samuel Sr. enjoyed attending 2 of the 5 Pro Bowls that Sam Jr. participated in during his career in the NFL.

Sam is preceded in death by his sister Helen of 99 years of age who recently passed, his parents and siblings Thomas, Jason, J.D., James and Leroy.

Sam will be truly missed by all who knew and loved him.