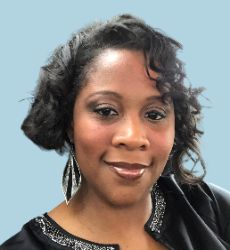 Tiffany attended school in Neptune, New Jersey where she graduated from Neptune Township High School as a member of the New Jersey Junior ROTC and the Scarlet Fliers Cheer Squad.  Tiffany continued her education by graduating from Star Technical Institute as a Medical Assistant. She then graduated from Brookdale Community College with her Associates Degree in Applied Science. After graduating from Brookdale Community College, Tiffany then graduated from New Jersey City University with a Bachelor's of Science in Business Administration-Management and Marketing with a distinction of Cum Laude.  Finally, Tiffany finished her academic career with a Master’s in Business Administration from Monmouth University. Following her formal educational career, Tiffany went on to earn her New Jersey Licence as a certified Life Insurance Agent.  Tiffany worked as an Administrative Assistant in the Central Office at Long Branch Board of Education in the department of Special Services where she supported grant writing, student educational placements, and budget development.

Tiffany met and married the love of her life, Elford Rawls-DIll, PhD. on August 17, 2007. To that union was born two children, Laila (Boochie) Rawls-Dill and Elford (Elephant) Rawls-Dill, Jr. Based on the love of her children, Tiffany sacrificed the early stages of her professional career to remain home while being a caretaker for her two children, Laila and Elford, as well as her husband, Elford Rawls-Dill, PhD. It was during this time that Tiffany taught Laila and Elford, Jr. the joys of learning, exploration, artistic expression, and most importantly the values of empathy, love and compassion for others. The bond formed between Laila, Elford Jr., and Tiffany was unmatched. She instilled in them the emotional intelligence that will guide them through the mountains and valleys of life. She spent countless hours with both of her children, motivating them to be the best versions of themselves. Tiffany’s motherly wisdom has set the tone for both Laila and Elford, Jr. to far exceed any measure of excellence.

Tiffany was a soulmate to her husband. Her spirit, knowledge, and empathetic nature was a calming force in his life. Additionally, Tiffany supported her husband in all of his endeavors both professional and personal. Her outgoing and engaging personality balanced his quiet and reserved spirit. In her role as wife to Elford, she motivated him to take on challenges that even he thought would not be accomplishable. It was her long talks and motivational messaging that helped him to grow and mature as a man. Even when things were tough, Tiffany never gave up on her husband and she was with him every step of the way.

Tiffany truly enjoyed her life to the fullest. Anyone who knew Tiffany knew her love for arts and crafts, R&B and Hip-Hop music, watching movies (Marvel being her favorite), and baking. In fact, she famously baked holiday cookies for all of her family members during each Christmas season. Tiffany was also an avid sports fan! She rooted for the New York Giants and was able to watch the Giants win 4 Super Bowls during her lifetime. Outside of her commitment as a Wife to Elford and a mother to Laila and Elford, Jr. she also committed to the family cats Miles & Coltrane.  Tiffany always made herself available to family members in need. She volunteered her time to help support family and friends with resume writing, forming contractual agreements, career planning, beta reading, editing, and special event coordination.

Tiffany was a mastermind. She spent endless time thinking of ways to not only to better herself but also all of those she shared life with. She never said “no” to any request for support or comfort. Always thinking of others, she would place her needs far after those she loved and shared life with. While fulfilling all of her duties as a wife and a mother, Tiffany found the time and energy to commit to earning both her undergraduate and master's degrees while working full-time as an Administrative Assistant. Her commitment and passion was contagious. If you spent time around Tiffany, you knew what it meant to be loved, cherished, and nurtured. Her calming advice would help the most anxious person stop, pause, and reflect before making major or minor decisions.

Tiffany’s eye for fashion and design was superior. She was able to coordinate and accessorize clothing from loungewear to evening gowns. Her closet reflected a wardrobe that was trendy but classy! Her love of sneakers (Pumas) should not go unmentioned. She had an uncanny eye for sneakers and she loved to wear them whenever she got the chance. But most of all, she loved to dress up in her earth toned colors with beautiful accessories to match; she had earrings, bracelets, head scarfs, glasses, and other beautiful pieces to match each of her outfits. She always seemed to have the perfect outfit for every possible occasion. Tiffany passed down so much of her fashion sense to her daughter Laila.

Tiffany’s love, affection, guidance, and support was felt heavily amongst her siblings who deemed her their “sounding board'' and their personal “MacGyver”. She always had the answers and knew exactly what to say or do in critical situations. She was merely a phone call away. As she grew as a professional, and embraced her life as a devoted Wife and gained the honorable title as a Mother she never wavered or faltered from her first important role; being a “Big Sister”. She also earned the role of being the favorite “Aunt TT”. As the eldest sibling, she instilled knowledgeable morals, distinctive values and insightful wisdom which has impacted her siblings and prepared them for their  life ahead. She is the blueprint, and a true definition of a SISTER, AUNT, COUSIN, FRIEND, DAUGHTER, WIFE, and MOTHER, OUR QUEEN!

Tiffany’s love of education and self-development led her to establish the Tiffany L. Rawls-Dill Perseverance Scholarship that will be annually awarded to  graduating seniors of Neptune Township High School, Matawan-Aberdeen Regional High School, and Long Branch High School. In addition, a one-time scholarship will also be awarded to a graduating member of Second Baptist Church in June of 2023.

In lieu of flowers please make donations in Tiffany’s honor to:

“When the roots are deep, there is no reason to fear the wind.” -African Proverb