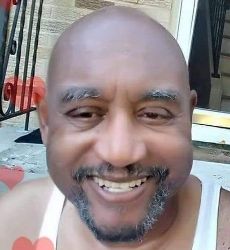 Vernell Trueheart Dodson, affectionately known as “Vee” or “Uncle V” was born on July 15, 1943, to the late Jasper O. Dodson and the late Oney May Watkins in Danville, Virginia. Vee attended West Moreland School in Virginia and left home at an early age to live with his father in Massachusetts. Always a hardworking man, he had various jobs until he eventually joined the Army, where he earned his GED. After serving as a Paratrooper, he was honorably discharged in 1967 and returned to Boston.

Vee brought joy and laughter with him, and he handed it out to all who would receive it like it was Drakes cake.  He worked for Drakes for 37 years until his retirement. At Drakes, he played on the company bowling team and softball team. He often talked about how he beat his coworkers in a foot race.  Vernell was in all his glory because no one had any idea he was that fast. He loved bowling, cars, comedy, and movies. He especially liked gangster films and westerns, The Godfather, and The Good, the Bad and the Ugly.

Vee loved companionship and married three times. In 1996, Vernell married his final love, Jaqulynn Davis. The first thing he would say when talking about her to any one was, “Look at those pretty eyes.” They traveled together, enjoyed holidays, and family gatherings. He loved to be surrounded by family.

He loved God and began worshiping at a very early age. Vernell joined Holy Temple Church on the Rock in Dorchester, MA, Redeemed Temple Church in Newark, NJ, and Wallace Chapel AME Zion Church in Summit, NJ.  He faithfully served as an usher, as a member of the male chorus, and offered a helping hand whenever needed.

Vernell was preceded in death by his mother Oney May Watkins, his father Jasper O. Dodson, his brothers Jimmy Dodson, Jay Taylor Sr., and his sisters Waynetta Hairston and Kathy Vasquez.