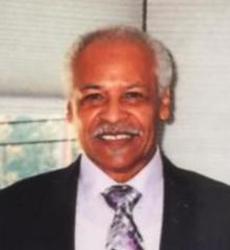 Wilbert Melvin Thomas passed away peacefully on Friday May 3, 2019 at his home in Cliffwood, New Jersey.

This is a brief look into the life of Wilbert "Melvin" Thomas.  Wilbert Melvin was a wonderful man who was loved, is missed and will always be cherished.  Our "Poppi," as he liked to be called by his grandchildren and "Duke," as he was called by his wife was an amazing husband, dad, grandfather, uncle and friend to all who came across his path.

Wilbert "Melvin" Thomas was born in Henderson, North Carolina on March 4, 1949 to Irene Thomas and Thaddeus Pettiford. He spent most of his informative years and life in East Orange and Cliffwood, New Jersey.

Raised in Henderson by his grandmother Hattie Thomas and uncle Wilbert Thomas, at the age of seventeen he moved to New Jersey and after being here for a short while Wilbert Melvin enlisted in the US Army to serve his country and tackle the Vietnam War.  Once done serving in the military he returned to New Jersey, where he and Elmira married and raised four daughters.

Wilbert Melvin had a 30 year long career in the chemical industry with such companies as Hess Corporation, Hoechst Celenese and Monsanto.

Wilbert was a member of The American Legion Chapter #23 Keyport, New Jersey.  Some of his enjoyment came from anything dealing with cars and listening to all types of music.  Wilbert Melvin was a reserved, loving, caring and a giving person who was known for his lively sense of humor as he loved to make people laugh and could make a nickname for almost anyone.