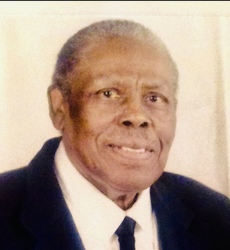 Zannie, better known to most as Jack, was born April 8, 1940, in Bascom, Florida to the late Zannie and Ada Leeks.  At a young age, he placed his trust and faith in Christ.  Jack relished spending time with those he loved and had a special way of creating relationships with family and friends.  He was a proud, humble man who lived to spread joy and laughter simply by sharing his time and talents in order to meet the needs of others.

As a young child, Jack was taught the importance of hard work and grew up picking oranges until his family relocated to Monmouth County, New Jersey in 1951.  Jack completed his education in the Middletown Township Public School District as a graduate of Leonardo High School.  In 1953 he joined the United States Airforce, served for 4 years and fought in the Korean War.  In 1958 he returned to New Jersey where he was introduced to the love of his life, Jeannette Turnage.  From the moment he met Jean, he devoted his life to making her happy.  As sweethearts Jean allowed Jack to court her until they joined hands in Holy Matrimony on December 15, 1962.  From this union they were blessed with two daughters and a son.  Jack deeply adored his children.  He taught them the meaning of unconditional love, trust and friendship throughout the years.  While many knew Jack as quiet and reserved, his family has a lifetime of fond memories of his ability to make them laugh and fill their home with joy.

After 44 years, Jack retired from Lawes Oil Company of Red Bank, NJ where he served as an oil truck driver.  In 1958 he supported his father's legacy by helping him with the family business, Zannie Leeks Landscaping.  Jack evenually took over the business to carry-out his vision of excellence in customer service.  An an entrepreneur, he took pride in the service he provided to over 30 customers often working six days a week.

Jack devoted his life to serving God.  He attended and was a long-standing member of Calvary Baptist Church in Red Bank, NJ where his father was a deacon.  Jack served as a superintendent and deacon of the church and sang in the choir.  He later joined and fellowshipped with Mt. Zion House of Prayer (Red Bank, NJ), Cathedral International (Perth Amboy, NJ) and Crawfordville Baptist Church (Conyers, GA) where he continued to minister through song and teach others about the love of Christ.  Jack also served as a teacher at Monmouth Bible Institute in Farmingdale, NJ for over 10 years.

After a long legacy of family and friendship, Zannie "Jack" Leeks joined his father Zannie, Sr., mother Ada, brother Johnell and cherished members of the Leeks, Pollock and Turnage families that have departed.