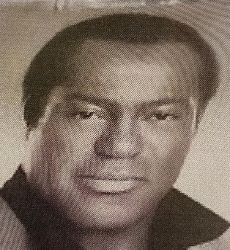 On December 23, 1937 Adrian Leroy Bruce, Sr. was born to Pinkney and Earline Bruce (both deceased).  Adrian, a boxing aficionado, artistic soul, and entertainer extraordinaire spent the majority of his time creating, meeting new people and discussing sports.  You could find Adrian featured at venues including the Mr. Wonderful Club, Village Gates and Regis Hotel.

As a child Adrian sang in church and played basketball, but his all time favorite was boxing.  In his early adult life he even did some sparring!  Adrian initially attended school through 3rd grade.  Unsatisfied and unwilling to limit himself he attended Stewart Park and Thompkins Learning Center to further his education.  Adrian loved people, family and singing!  With a voice like velvet he easily drew people in with his songs, ability to memorize long passages and storytelling.

Adrian was a self made jeweler who hustled in the streets of New York, Englishtown and jewelry booths for almost 50 years.  Adrian spent the majority of his adult life in New Jersey where he owned a Jewelry Store.

Adrian was featured in several News Articles, and authored "Death is only the Beginning" which was published in the 1996 Authors Choice Collection.

Adrian departed this life on August 15, 2021 in Ellenwood, Georgia where he lived his last days surrounded by family at the home of his daughter Andrea.  Adrian was surrounded by love with several family members stepping in to care for him.  Although his health began to decline, Adrian continued to enjoy life, vacation and even on his last night he was laughing and shaking pom-poms as the family celebrated an occasion.

Adrian was preceded in death by his daughter Sabrina, brothers Curtis and Hershey and sister Linda.

Rumble young man rumble, into the arms of God.