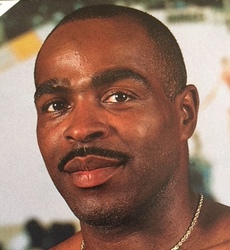 Clinton Wheeler Sr., 59 of Long Branch, departed this life on Thursday February 14, 2019.  He was born and raised in Long Branch, NJ to the late Phillip Wheeler Sr. and Delia Johnson.  He attended the Long Branch public school system where he found his passion for basketball and was an outstanding Academic and Athletic student.  Clinton also excelled as a quarterback for Pop Warner and the wrestling team.  He graduated from Long Branch High School where he helped lead the green wave basketball team to a state championship win in 1977 with an undefeated record of 30-0.  He continued his basketball career at William Paterson University and graduated in 1981 where he broke several records.  He currently holds 2nd place all time of most points scored in a single season.  After graduating from college, he briefly played for the CBA where he was coached by the legendary Phil Jackson.  He was such an outstanding athlete that his dreams would eventually come true when he was drafted into the NBA in 1987.  He played briefly for the Indiana Pacers (1987-1988), Miami Heat (1988) and Portland Trail Blazers (1989).  Clinton also was inducted into the Long Branch Hall of Fame.

Clinton married in 1988 his then beautiful Frouzena Wheeler and had three children Clinton Wheeler Jr., Cory Wheeler and Courtney Wheeler.  Clinton eventually retired from basketball in 1996 after playing overseas in Germany.  After his basketball career, Clinton settled down with his family in Stone Mountain, Georgia and enjoyed coaching basketball and spending time with his family.

Clinton moved back to the Jersey Shore two years ago living with his older brother Phillip where the two of them enjoyed hanging out at the racetrack, spending time with family and being his great-nephew PJ's biggest cheerleader!  Rumor has it that at the last big game Clinton left his big brother and cut the line shhh......don't tell anyone....

Clinton will always be remembered for his summertime vacations coming back to his hometown to spread his love and support for the city he put on the map.  During his visits back home it was a tradition playing basketball at the Bucky James Center, giving out sneakers, Bar-B-Ques, catching up with old friends & family members and showing the best Blessings of Life his four son's.

Clinton is survived by his four sons Clinton Wheeler Jr., Cory Wheeler, Courtney Wheeler all of Brunswick, GA and Cornell Wheeler of Jacksonville, FL; brothers Phillip Wheeler of Colts Neck, NJ and Benjamin Wright of Orlando, FL; sisters Pamela Walley of Alabama and Betty Werner as well as a host of nieces, nephews and grandchildren.