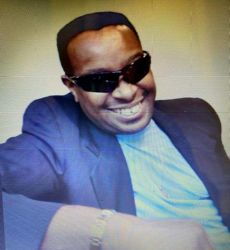 Darren Craig Coles transitioned from his earthly existence to his heavenly home on Tuesday, September 8, 2020 surrounded by his family and friends.  Gone too soon at the age of 55, Darren was a devoted family member.  Always willing to lend a hand in one's time of need, Darren was a man of service and faith.

He was born on January 25, 1965 at Monmouth Medical Center in Long Branch, New Jersey, the son of Viola Coles and Bruce Henderson.

Darren grew up in Long Branch, New Jersey briefly living in other areas such as Little Ferry, New Jersey and Baltimore, Maryland.  Darren graduated from Long Branch High School where he was an elite sprinter in High School.  Shortly after graduating, Darren served in the National Guard.  After serving, Darren worked as a driver for Western beef until an accident ended his 17 year career.

In his early life Darren was a member of Holy Temple Church of God in Christ and later attended Macedonia Baptist Church.  A man of faith, he loved the Lord and demonstrated this by being active in the church community and the overall community giving of himself to take people to the grocery store, doctors office, etc.  He would donate to the food pantries; he was known as someone you could always count on despite always being in a rush!  If you were stranded on the road somewhere, he would always come.  Darren lived his life on his own terms, in which he did not always do things in the conventional way, which we all referred to as "Darren just being Darren."

Darren had a compassionate nature and strong love for his family, especially his mother, sister and nephews (Anthony, Andre and Adante).  He shared a special bond with his cousins who were more like brothers and sisters.