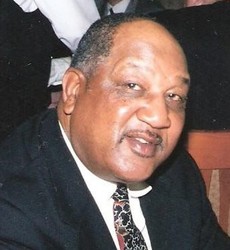 George Washington Keyes, 83, of Tinton Falls was called from service to reward on Saturday, April 27, 2019 at Hackensack Meridian Health Nursing & Rehab, Shrewsbury, NJ.  He was born on December 20, 1935 to Lillian Bell Keyes and Leon J. Keyes in Long Branch, NJ.  He was the youngest of six children.

George was a graduate of Middletown Township High School.  He served his country in the US Army during the Korean War.

George was a certified and trained General Motors and Mercedes Benz Technician.  He had a lifelong career in the Automotive Industry, beginning at Fixit Auto Repair, Atlantic Highlands; Woodbridge Datsun, Woodbridge and Contemporary Motors, Little Silver, NJ.  In addition to his career in automotives, George built racing vehicles and restored vintage cars.  He culminated his career by owning and operating George's Auto Sales located in Middletown, NJ.

George married R. Barnetta Russell of Elizabeth, NJ on November 9, 1959.  Born of this union were two children, Cassandra Dee and George Anthony.  He accepted Christ at an early age at St. Paul Baptist Church, Atlantic Highlands, NJ.  George was a down to earth, fun loving people person who enjoyed the friendship and love of his traveling buddies "Just Friends."  He could easily put a smile on faces whenever he told one of the many hilarious stories of his youth.  He also enjoyed being a member of the Lions Club, Atlantic Highlands, NJ Chapter.