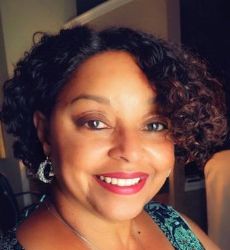 Helen Ross was born on November 7, 1954, to HK Gotell and Dolly Gotell.  She departed this life on August 18, 2022.  She was born at Perth Amboy General, Perth Amboy, New Jersey.  She was raised in Cliffwood, New Jersey and was a lifelong resident.  Helen graduated from Matawan Regional High School in Matawan, NJ.

On June 27, 1970, Helen married the love of her life, her confidant, best friend, companion, and lover, Leroy Ross, Jr.  Helen and Leroy’s love story resembled a Disney Fairytale.  They had a magnetic bond, and for those who happened to be in their presence, it was obvious to see that they were truly made for each other.  There was something very special about the love Helen and Leroy shared between one another these past 52 years.  Helen and Leroy believed in keeping their Lord and Savior as the center focus of their union.  Helen and Leroy were joined at the hip.  Family and friends would always say, “If you saw Helen, you saw Leroy, and vice versa.”

The joy and blessings of Helen and Leroy’s love story flourished on December 17, 1983, with the birth of their baby girl, Cherie’ Faith Ross.  The relationship between the three of them was best described as a “unit”.  They referred to themselves as the “Three Musketeers” or as her husband Leroy enjoyed saying, “Peas in a Pod”.  The three of them were each other’s world.  They enjoyed traveling together, spending time with each other, and utilizing every moment they could to create everlasting memories.  Every greeting between them, whether morning, noon, or night, was accompanied by a long embrace and a kiss on the cheek.  They were inseparable.

Helen made her career as the Lead Patient Access Services Representative at Saint Peter’s University Hospital in New Brunswick, NJ, from 1985 to 2005.

After many years spent residing in New Jersey, Helen and her family relocated to McDonough, GA in 2005.  Helen continued with her career in Patient Access Services at Piedmont Rockdale Medical Center in Conyers, GA, until her retirement in 2021.

Helen was a lover of life and enjoyed things such as cooking, interior decorating, planting, listening to music, exploring the world via cruising, and delighting in a delicious Cup of Joe with Hazelnut creamer every morning.  However, Helen’s most cherished treasure of things she loved to do came while working alongside her husband when they would surprise their daughter Cherie’ a.k.a. “Pumpkin and Baby” with beautiful, thoughtful, and heartfelt gifts, not just during special occasions like holidays, but all throughout the year.  Moments like this, brought her the most joy.  The love between Helen, her husband, and her daughter was pure and unconditional.  They genuinely enjoyed each other’s company and couldn’t stand being apart.

Helen was a devoted daughter to her mother and father.  Whether she was personally known or just a stranger, Helen’s character was always uplifting, genuine, and kind.  She had a heart of gold and a smile that melted everyone’s heart.  Helen’s empathy and compassion for others was incomparable.  Helen was loved by her brother, Henry, and her sister, Arlene. Their sibling chemistry was memorable and filled with laughter and joy.