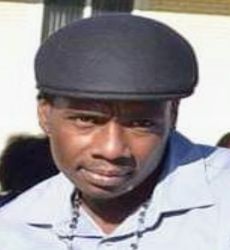 Jason was a devoted father who loved his children more than life itself.  Although he was the only living child of Dorothy Thompson, he was never an "only child."  He had many people who were close enough to his heart to be called "my brother," "my sister," or "my peoples."  Jason spent most of his life in Long Branch, NJ and was very proud to say Long Branch raised him.

Jason had many talents, but his best talent was his comedic personality.  He had the ability to tell stories that would make you laugh for hours.  His laughter was contagious and he would find a way to make you smile, no matter what he had just done to make you mad.

Jason is predeceased by his mother Dorothy Thompson and his sister Cynthia Thompson.

In lieu of flowers, the family asks for financial assistance to offset the costs of the funeral services.  Any additional funds will go to his children.  Thank you!

*Due to the current health crisis we will need to limit the number of mourners at one time, therefore, please be mindful of others who would like to come in to pay their respects.  We appreciate your understanding.*