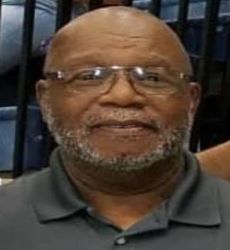 Johnnie James Frederick, 72, of Cheesequake, NJ but longtime resident of the Cliffwood and Matawan area, passed away on February 4, 2022.

He was the first born of his 11 siblings to the late James Wesley and Alberta Frederick. He took his big brother role seriously. Respectfully known as “Sarg,” when he talked, they listened. Johnnie was a family man. He was married to the love of his life, Jewel, for 49 years. He was a great father and role model for their 3 children. His grandchildren called him “Pop Pop” and “Big Guy.” He had a special love for them and they loved him twice as much.

Johnnie was a graduate of Matawan Regional High School. At 19, he was drafted and served in the Vietnam War, where he received the Purple Heart. He served in the Army Reserves for 25 years and retired from E.I. Dupont after 35 years of employment.

Johnnie started coaching the Matawan Huskies Mighty Mights in the early 1970’s. Along with Larry Marshall, Johnnie co-coached the first AAU basketball program called Kid’s Plus. He was on a mission. His goal was “if I keep them busy, that will keep them away from the drugs.” The AAU basketball Tournament Leagues have been an important and wonderful part of his life. He enjoyed coaching, mentoring and recruiting youth, both boys and girls for the past 47 years. There are so many testimonies of how Coach Frederick’s leadership, friendship and dedication has touched the lives of many. He will be truly missed by all who knew and loved him.

He was predeceased by his beautiful daughter Angelia Marie Frederick, known to us as Angie.