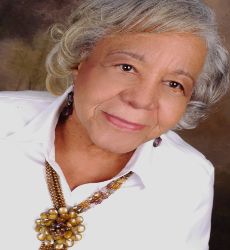 Lenora (Davis) Hunley, 84, a long time resident of Matawan, NJ passed away Thursday November 21, 2019.  Born on January 15, 1935 in Scotland Neck, North Carolina, the daughter of Lizzie Bell and Jack Davis.  She grew in Cliffwood and was educated through the Keyport and Matawan school systems.  An alumnus of Matawan High School where she was a cheerleader and majorette.  She married George Hunley on August 28, 1954 and settled in Matawan.

Lenora was known as "Sis" by her siblings and other family members.  She volunteered in many organizations throughout her life and worked in various jobs in her younger years, including Perth Amboy General Hospital and as a bookkeeper at Keyport Cleaners.

Mrs. Hunley was a dedicated wife, mother and grandmother.  She loved her children fiercely and supported all their extracurricular activities while they were in school, college and all throughout their lives.  She embraced every moment with her grandchildren, they gave her immense joy.  Vicariously living through them as they traveled the world, conquering obstacles and living life to the fullest.

Lenora loved the Lord and was baptized in Wicker Memorial Baptist Church in her younger years.  She faithfully worked in the church as a member of the choir, usher board, Missionary Circle and taught adult bible class.  She served as a member in the Seacoast Ministers Wives and Ministers Widows Union.  Since 1973, she has faithfully served as the First Lady of First Union Baptist, Neptune, NJ where her husband Rev. George Hunley is pastor.

Her hobbies were listening to gospel choirs, going to Broadway plays, spending time with her grandchildren, cooking and shopping.