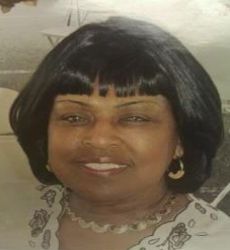 Lillian Selma Parrish was born on April 15, 1938 to the late Otis and Melissa Wathington. She departed this life on July 18, 2022.

In her early childhood years, Lillian attended St. Mark AME Zion Church with her Grandmother Lillian Page, who was one of the founders of the church.  In 1948, Lillian joined the church at the age of 10 years old and the choir singing for 50 years.  In 1982, Reverend Benjamin Henderson appointed Lillian to the Missionary Board; she later became Vice President of the board.  In 2004, Reverend Thelma Gattis appointed Lillian as one of the class leaders of the church.

Lillian was employed at Bell Laboratories in Holmdel, NJ for 20 years retiring in 1989.  After retiring from Bell Labs, she was employed with the Department of Labor and Workforce Development leaving in 1999 when her eyesight began to deteriorate.

Lillian, who was fondly known as Tuttii, was an inspiration to all who crossed paths with her over her lifetime.  Truly a fighter, she never allowed any weapon formed against her to prosper. Even after the loss of her eyesight and eventually being restricted to a wheelchair. Her favorite words were “I Can Do It.”