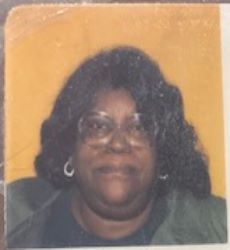 Ms. Lillie "Sarah" Ivory, daughter of the late Richard Wade and Willie Mae Johnson was born on April 26, 1937 in Macon, Alabama.  She attended the public schools of Louellen, Kentucky and later moved to Verda, Kentucky.  After residing multiple years in Kentucky, she decided to relocate to the state of New Jersey with her family.

For over 50 years, she was a resident of Long Branch, New Jersey where she raised her eight children.  While residing in Long Branch with her family, she worked at an electronics company as a foreman and she also worked at Westwood Hall Nursing Home as a dietary technician.

Lillie loved her deep Southern roots and took pride in her heritage.  As a compassionate mother, grandmother, aunt and godmother, Lillie always had a natural gift for nurturing people.  With grace and dignity, she endlessly gave comfort to those in need.  In the kitchen is where she felt most at home because her greatest passions were cooking and singing.  While she also enjoyed cooking, she thoroughly appreciated a good western on television.

Known as a deeply spiritual person, Lillie loved the Lord and believed in His grace.  For 50 years, she was a well-respected member of Salem Baptist Church, Long Branch, NJ.  As a well-respected member, she received the honor of being entitled one of the "Mothers"of the church.  Near the end of her life, her faith in God never waivered.  She quietly departed this earth on November 11, 2019, surrounded by her loved ones at Monmouth Medical Center.