MEMORIAL MASS- Friday 9-3- 2021
Our Lady Star of the Sea Church
101 Chelsea Ave.
Long Branch, NJ 07740
11:00 AM
In lieu of flowers memorial donations can be made to the St. Jude Research Hospital at www.stjude.org/donatetoday
INTERMENT
Private 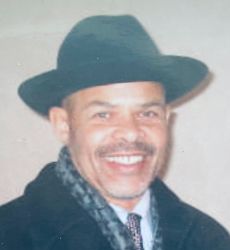 Louis B. Cappie Jr., affectionately known as "Buddy," of Long Branch, NJ transcended home peacefully on Tuesday, August 24, 2021.  He was born on November 7, 1949 to Janiveve and Louis B. Cappie Sr.  He was a graduate of Christian Brother's Academy in Lincroft, NJ.  After high school he attended Rutgers University for a short while.  Buddy then briefly enlisted in the United States Air Force where he completed basic training at Lockland AFB, Texas.  Louis was a life-long resident of Monmouth County.  In later years, he worked doing construction and masonry for JGW.  Buddy also worked for the Long Branch Housing Authority doing Security.

Buddy was a long time advocate and spokesman for Narcotics Anonymous/Alcohol Anonymous (NA).  He devoted most of his time in service sharing his life-long Recovery and Sobriety giving hope and inspiration to everyone who knew him through counseling.  He volunteered in the programs such as New Hope, Marlboro, NJ at engagements and meetings giving speeches and lectures to those struggling with addiction.  This was his passion and gift to help others.  Louis was a faithful parishioner of Our Lady Star of the Sea Catholic Church, Long Branch, NJ.  He actively volunteered in the community during local elections.  Buddy enjoyed sports, music, sports teams like the New York Yankees, and New York Giants, an avid reader, loved watching Jeopardy nightly and the History Channel.  He never missed a birthday or celebration for his family and friends, you can always get a phone call or text giving well wishes, his memory was impeccable.  Louis will be missed!  He was loved by so many near and far.