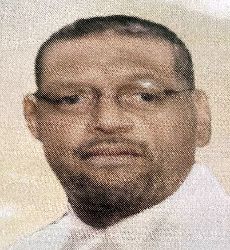 Mark was raised in Cliffwood, NJ and attended the Matawan-Aberdeen School System, where he studied Commercial Art and Automotive Mechanics in Vo-Tech. Throughout his school career Mark played Pop Warner and High School Football. He graduated from Matawan Regional High School in 1982.

Not long after High School Mark met Shari Nichelle Tomlin and the two were married in February of 1990. After ten years of marriage God added to their union, Jacob Seth Lee and several years later William Tyler Lee arrived. Mark was very proud of his sons and loved his family dearly. Sadly, Shari went on to be with the Lord in July of 2011.

After some time, Mark met LaWanda Harrell at a Youth Summer Reading Program where she tutored his children. A courtship began and they were married in May of 2013. Mark and LaWanda were happily married until Mark’s sudden departure home to Glory.

Mark was certified in all five automotive phases. Earning him the professional title of Certified Automotive Master Mechanic Technician. He was well known in the community for repairing all types of vehicles, motorcycles and boats.

For the span of his career, Mark worked in many capacities in the field of automotive mechanics for various companies. Most recently Mark was employed by Milu Bus Company as a Diesel Mechanic Technician for many years before he resigned due to health concerns.

Mark had a love for outdoor sports and activities such as fishing, hunting camping and car racing. He enjoyed racing cars at Raceway Park in Englishtown, NJ for several years. When he wasn’t racing himself, he loved going to the races with family and friends. Mark was a gifted artist who could draw anything. He had a passion for the electric guitar and taught himself how to play.

Anyone who knew Mark, knew he had a sense of humor. He loved cracking jokes on people and playing pranks on his loved ones. Mark had a superb memory and could recall vivid details about anything at any given time. After his family, Mark’s greatest love was His Raiders Football Team. He had been a devoted unwavering fan since his teen years. Mark also loved to watch boxing and mixed martial arts and all genres of movies.