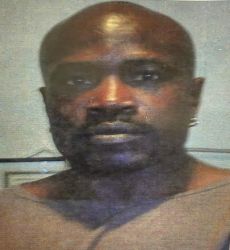 Michael Anthony Gabriel 59, was born in Long Branch, NJ on December 23, 1962.  Michael affectionately known as “Mikey G” and “Mike” was the beloved son of Patricia Haskins and Joseph Shuler.  He passed away on February 5, 2022 in Los Angeles, CA after a brief illness.

Michael was a graduate of Long Branch High School class of 1981.  Michael was an excellent student.  He participated in sports and sang in the choir.  He was super smart, super cool and always dressed to impress.

He graduated in 1985 from Kean College in NJ, where he received a BS in Computer Science and Business.  At Kean, Michael joined the proud brothers of Phi Beta Sigma Fraternity Inc.  They became his second family.  Mike was also a member of ROTC.  After college, Mike worked in the Long Branch school system.  He was also employed with the IRS in Newark, NJ.  In Los Angeles, CA he worked for the Amity Foundation.

Michael is predeceased by his father Joseph Shuler, his grandparents, and many other loving aunts and uncles.