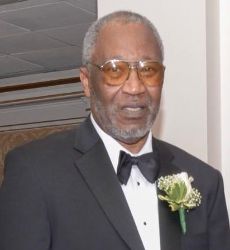 Milton E. Martin was born on July 20th, 1942 in Portsmouth, VA to the late Marion L. Martin and Irene Henson.  He was the second oldest of six children.

Milton grew up in Brooklyn, NY and was educated in the New York City Public school system.  He graduated with honors from Aviation High School in Queens, NY.

Milton enlisted in the United States Army and served two tours during the Vietnam War as a Military Policeman.  After serving his country for twelve years he then began his career as a Railroad Clerk with the NYC Transit Authority.  There he met and married the love of his life Beverly.  While nurturing his family he worked hard and was soon promoted to Train Operator then to Console Dispatcher in the Command Center and then as a Superintendent of Work Trains.  Over his twenty-two year tenure he gained the love and respect of many of the employees of the NYC Transit Authority.

Milton lived a full and wonderful life.  He loved the racetrack and placing bets at OTB.  He loved baseball and he loved the Yankees!  Milton loved to travel.  He would book a cruise as often as twice a year.  He traveled to Florida, Vegas, Panama, Alaska, Aruba, The Caribbean, France, England, Turkey, Greece, Italy, Cuba, Nova Scotia and Canada.  He traveled near and far, never without his wife and usually with a large group of family and friends.

He loved his family very much! Every Sunday and Holiday he cooked big meals and he welcomed family and friends into his home and his heart.

Milton was predeceased in death by his son Kelvin.  He leaves to cherish his memory, his wife Beverly, his children; Divinia, Desmond, Denisha (Dwayne), Damien (Alexis), his brother Reginald, his sister Patricia (Carl), his grandchildren; Makia, Jarell, DeShaun, Enrique Jr. (Crystal), Jasmine, Melody, Dwayne Jr., Josiah and Jada, his great grandchildren; Donnell and Enrique III and his Godson Rashawn.  He also leaves to cherish his memory, his Mother-in-law Frances whom he loved dearly, his sisters-in-law, brother-in-law and a host of nieces, nephews, family and friends.

He will be dearly missed by all who knew and loved him.