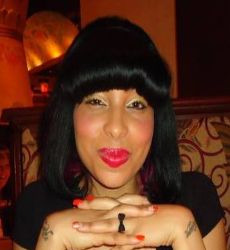 Nayquawna, our Pookers, was a loving free spirit, mother, sister and daughter who loved her children, family, and friends unconditionally.  She was active in modeling having appeared in advertisements for JC Penney and several nationwide advertising campaigns.  She was a Debutante in the 2007 Atlantic County Cotillion.  She was a Cheerleader at Pleasantville High School in Pleasantville, NJ.

Pookers loved beauty, fashion, dancing, makeup, hair and anything associated with being the fabulous soul that she was.

Pookers was a loving and self-sacrificing mother of four children whom she loved deeply.