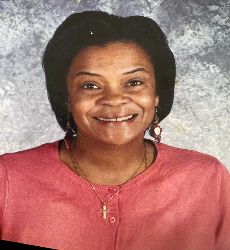 Star was raised in the Seaview Manor area of Long Branch, where she attended Long Branch Public Schools. While attending high school, Star was a member of the all-black social club “Brothers and Sisters Elite” and Pep squad. After she graduated from Long Branch High School, she attended Morgan State University. After some time, her passion for educating others led her back to Long Branch, where she worked as a substitute teacher and librarian for Lenna Conrow Elementary School. After several years of substitute teaching and being a librarian, she transitioned to working in the advertising department of the Asbury Park Press. Driven by her passion for teaching the youth, Star returned to the Long Branch Public School System, working as a teacher assistant and attending night courses at Brookdale Community College, eventually earning her degree.

Throughout the year's Star remained an active member within her community. For more than 20 years, she supported the local pop warner program, often taking the role of the team mom. She would later spread her support to Long Branch High School sports teams, volunteering at many football and basketball games. She also served as an active member of Trinity AME Church for more than 50 years, serving as a member of the usher's board for many years.

Throughout her life, Star has been known to have a shining personality. Her energy and charisma could bring life to any room. The members of her community loved her, and she reciprocated that same love. The only thing she loved more than the Long Branch Community were her family and her garden.