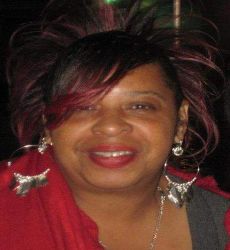 Traci was born in Long Branch, NJ on January 10, 1962 to John and Pauline Laws.  She was the oldest of three siblings who were all extremely close.  They were not just siblings, but best friends and could often be found together.  She attended Long Branch Public school system, where she enjoyed being part of the drama club.  She graduated in 1981 from Long Branch High School.  She then attended Brookdale Community College the following year.  She became a licensed bartender and assisted her father at his business, JL's Tavern.

Traci's love of children led her to work as a paraprofessional for the Long Branch Board of Education, at the Hand and Hand Program, where she took care of babies and toddlers.  She was also a transportation aide, making sure children arrived at school safely.  She always had a smile and inviting hug for friends, family and those who she just met.  Traci was truly a people person and loved life.

She is predeceased by her father, John Laws and nephew Karon Laws.