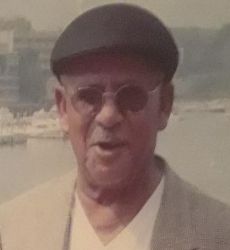 Willis (Cody) Scott was born on March 5, 1934 to the late Lillie Mae Scott and Julian Scott in Long Branch, NJ.  He was called home peacefully to be with the Lord on Monday March 1, 2021.

Willis was educated in the Red Bank Public School System, and later served time in the United States Army.  After the Army, he was employed at Mount English Ford, Red Bank, NJ (Rittenhouse-Kerr Ford, Tinton Falls, NJ in the later years) until his retirement.

Willis entered into holy matrimony with Joan Marie (Mooney) Scott on October 11, 1952.  Out of this union 3 daughters were born: Allyson, Wendy and Kelli.  Willis was what is known today as a "girl dad," and that he truly was.  Family was his #1 priority.  There was nothing he wouldn't do to prepare his daughters for this thing called life.  The true joy came when he became "Poppy" to his grandson Jahari who he referred to as "Hari."  Finally, there was another male in the family.

Known to many as "Shot Gun," Willis was a selfless man often helping those in need or those who had just fallen on hard times.  He was an avid New York Knicks and New York Jets fan.  He loved attending Knicks and Nets games and talking basketball with Allyson and Jahari.  He also enjoyed food shopping, cooking and Sunday rides taking in the sights of the Jersey Shore coastline, trying new foods, and just shooting the breeze with family and friends.